The foreign exchange market is the largest financial market in the world and also the most liquid. At the time of writing, it has an average daily turnover of (the equivalent of) roughly 5 trillion USD. That’s 5,000,000,000,000 – five million millions – per day. 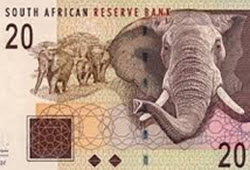 However, just because the market as a whole is characterized by a high liquidity that doesn’t mean that the liquidity is high for all traded currencies.

The 18 currency pairs found in the table below are the most commonly traded currency pairs and they make up a very large chunk of the forex market. For them, the liquidity is definitely high.

If you want to trade in other currency pairs, you may find that the liquidity is significantly lower and you may even have a hard time locating a forex trading platform online that offers all of your desired currencies. Sometimes, the currency will be available but not the currency pair you’re seeking, and you have to make multi-step transactions to get what you want or create a synthetic currency pair. One example from the past is when the Euro was still a fairly new currency. If you wanted to exchange EUR into a non-European currency, you had to (with a few exceptions) change it into USD first and then exchange the USD for the target currency. So, instead using the pair EUR/NZD like we do today a trader had to go EUR/USD → USD/NZD. 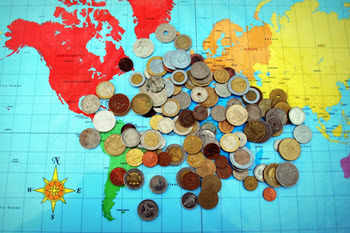 Exotic currencies trade at low volumes, the market isn’t very deep and the market liquidity is low. Typically, the bid-ask spread will be considerably larger than for commonly traded currencies.

Here are a few examples of exotic currency pairs:

On a typical FX trading platform, a market maker will set the bid and ask prices, thereby determining the spread. Due to low liquidity and a lack of competition, market makers will usually create comparatively big spreads for exotic currency pairs. I

Not only is there a lack of liquidity for the exotic currencies – the liquidity is also known to fluctuate quite a lot. Even a fairly small event can make traders highly reluctant to buy an exotic currency and whatever liquidity the currency once had can drop like a stone within a very short period of time. This means that if you purchase exotic currency, you need to factor liquidity risk into the equation. You might not be able to sell your currency when you want to, not even if you go below your initial purchase price. This might force you to stay in a position longer than you want to or take a large loss.   You can avoid this problem by buying CFD:s or digital options based on the currency pair instead of the currency itself.  Both these solution eliminates the liquidity risk and allows you to close your position whenever you want to do so.  Digital options and CFD certificates have their own benefits and drawbacks. I recommend that you learn more about the two types of financial instruments before you start trading with them.