When it comes to fundamental analysis of a currency, the approach is similar, but instead of financial statements from a company we look at financial statements from a government or currency union. Important factors include interest rates, production, employment, trade balance, public expenditure, GDP and the overall state of the economy. Official governmental rapports is not the only thing that can provide vital information. A skilled analyst will also pay attention to other sources, e.g. speeches made by key politicians, central bank officials and similar.

Fundamental analysis is based on historical and present data, with the aim of accurately predicting what future data will look like. Since macroeconomic factors typically take some time to impact national currency, fundamental analysis works best when attempting to predict medium-term and long-term developments.

It is notoriously difficult to determine suitable entry and exit points using fundamental analysis. For this, technical analysis tend to be more suitable. 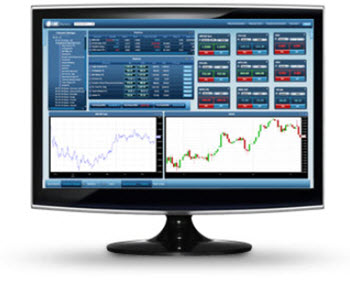 In finance, technical analysis is used to predict future developments for a security or similar using past market data, with a special focus on price and volume. Unlike fundamental analysis, underlying factors are not taken into account – past trading data is the primary source of information.

An array of tools and methods for technical analysis has been developed; each of them having their own set of proponents and critics. Many methods involve looking at charts formed by historical trading data and trying to notice patterns. You might have heard the term candlestick charts, they are important to many technical forex analysts since they are seen as a way of identifying price trends as they develop. Price trends is a very important aspect of the forex market, hence the widespread interest in anything promising to help us predict, notice and profit from these trends.

It is worth mentioning that technical analysis can lead to self-fulfilling prophecies. If a large number of traders (or small number of high volume traders) are looking at the same historical data and generating the same buy and sell signals, they will impact the market when they carry out their orders.

Identifying resistance levels and support levels are integral to technical analysis. It is based on the idea that the price of something has both a resistance level and a support level, and that prices – for a period of time – tend to fluctuate within the channel created by these two lines on a price chart.

Exponential Moving Averages (EMAs) is a trend-following or lagging indicator intended to filter out market noises created by random price fluctuations. The idea is to smooth out the price actions, thereby making trends easier to notice.

An important concept within technical analysis is to look for a crossover between short-period EMA and long-period EMA. The crossover indicate that a trend-shift is imminent.

A technical analyst will typically use various oscillators in an effort to determine market conditions. One of the most well-known of these oscillators is the Relative Strength Index (RSI). Created by J. Welles Wilder, the RSI is a momentum indicator that contrasts the quantum of recent losses against recent gains over a period of time. More weight is given to very recent data than to older data. The idea is to determine if the market is overbought (overvalued) or oversold (undervalued).

An RSI below 30 (on a scale from 0 to 100) is considered an indication of the market being oversold.

An RSI above 70 (on a scale from 0 to 100) is considered an indication of the being market overbought.