A profitable FX scalper exploits small price gaps created by the bid-ask spread. To put it simply, the FX scalper will buy (pay the bid price) and then sell (receive the ask price). The difference between bid and ask is the profit, before transaction costs.

It is a type of arbitrage, and it can be profitable not just in volatile markets but also in stable upwards or downwards markets, and markets that aren’t exhibiting any major moves in any direction. It is not uncommon to see scalpers profit in markets that fail to offer a clear direction and where other types of traders are struggling. 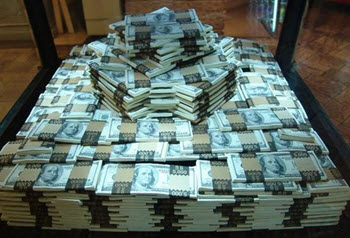 A typical scalper will seek out the small everyday moves rather than wait for major moves that happen less frequently. Since the difference between ask and bid is small for reasonably liquid assets, scalpers tend to make a very small profit on each individual unit. To compensate, they do a lot of trades within a day (if possible) and some also do individual trades that consist of a very large number of units (if possible). However, it is often not possible to move very large volumes within a single trade simply because most of the time there wont be someone there willing to buy or sell that much. For the average retail trader, this is not a problem, not even when using leverage.

Pros and cons of high liquidity

Some scalpers prefer highly liquid markets. Sure, the spread is tight, but you will be able to move in and out of positions very quickly – even pretty big positions. Also, you’re too small to make an adverse impact on the market price.

When positions are open for a short amount of time, and never overnight, the risk of experiencing extreme adverse movements that result in major losses decreases.

Of course, if you are keeping a multitude of positions open simultaneous, you are opening yourself up to quite a lot of risk even if each individual position is small.

A scalper will typically need to act fast when an opportunity is spotted. There will be no time for long deliberations or even for being momentarily distracted or stuck with a slow internet connection.