The FX market is often impacted by the equity market, and vice versa. The share price of a stock company can for instance drop if the company is predicted to become adversely impacted by a strengthening of the national currency against the currency of a major import market. Conversely, the FX market can react in various ways to new released by enterprises.

One well-known example of the interconnectedness between FX and equity is the long-established inverse correlative relationship between the Japanese Yen (JPY) and the Nikkei 225. Nikkei 225 is the most famous widely quoted index for the Tokyo Stock Exchange and has been calculated since 1950. When the Nikkei 225 is going down, the value of the JPY against other major currencies will typically rise. 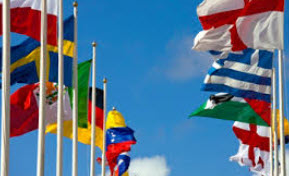 Huge mergers and acquisitions can impact the FX market if they involve significant amounts of one currency being exchanged for another.

Today, it is quite common for large deals to be cash + stock or cash + stock options instead of just cash. This decreases the amount of cash involved, and thereby also the deal’s expected impact on the FX market.